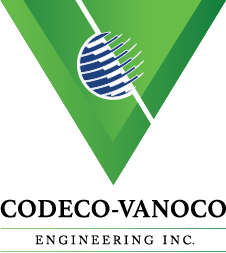 Derek graduated from the University of Calgary with a Bachelor of Science degree in Chemical Engineering in 1991. Upon graduation, Derek joined….

Derek graduated from the University of Calgary with a Bachelor of Science degree in Chemical Engineering in 1991. Upon graduation, Derek joined Chevron Canada and spent four years in the field supervising drilling and service rigs throughout Alberta. In 1995, Derek joined a drilling and completions consulting firm in Calgary, and provided project management and technical support for drilling operations throughout Western Canada. In 1997, Derek joined a junior Canadian oil company operating in Northern Russia as an operations engineer and later the manager of operations. That company was sold in 2001 and Derek rejoined the drilling and completions consulting firm, this time as a partner and vice president of engineering responsible for the drilling division. In 2006, Derek joined a junior oil and gas company as the drilling manager until that company was acquired by a larger organization. Derek founded Vanoco Consulting in 2008 to provide engineering and project management services for drilling, completions and construction operations.

Some of Patrick’s key accomplishments include supervision of a multi-well project in Quebec; working as the assistant team lead for a…

Patrick graduated from the Northern Alberta Institute of Technology (NAIT) in 2005 with a Diploma in Petroleum Engineering. Prior to attending NAIT, Patrick acquired over ten years of experience within the oil and gas industry working in field operations for several operators and service companies. In 2006, Patrick joined a drilling and completions consulting firm as a drilling consultant working on domestic and international assignments. From 2008 to 2015, Patrick was a consulting superintendent at a major E&P company overseeing projects in Manitoba, Saskatchewan, Alberta& British Columbia. In 2010, Patrick joined Vanoco Consulting to provide drilling, completion and construction expertise to the oil and gas sector.

Some of Patrick’s key accomplishments include supervision of a multi-well project in Quebec; working as the assistant team lead for a multi-well air drilling project in New Brunswick, technical lead for an onshore deep oil well in Western Newfoundland, engineering/ drilling  mining  disposal wells in Northern Manitoba and salt cavern wells in Manitoba/Alberta . Some International accomplishments include: engineering 3000 m directional wells in Taranaki Basin, New Zealand , supervising  4000 m wells in Western Libya and  consulting  on the initial engineering phase of a gas project in Papua New Guinea.

Ken graduated from the Technical University of Nova Scotia with a Bachelor of Science degree in Chemical Engineering in 1993. After graduating, Ken spent two years in the field conducting drill-stem testing followed by two more years of facilities engineering for a small consulting firm. In 1997, Ken joined an intermediate E&P company and provided drilling and completions supervision services throughout western Canada prior to moving into exploitation. In 2002, Ken joined a small E&P company as its manager of engineering, supervising a wide range of natural gas, heavy, and light oil operations. Ken accepted a position at another small rapidly-growing E&P company in 2005 and was responsible for drilling and completions operations in a horizontal oil well program prior to that company’s assets being sold. In 2007, Ken accepted a position at a small, private natural gas exploration company as a production engineer, looking after the company’s completions, production, and facilities operations. Ken joined Vanoco Consulting in 2011 to provide engineering services for drilling, completions, and facilities operations.

Richard graduated from the University of Bath, UK with a degree in mechanical engineering in 1998. Richard moved to Canada in 2000…

Richard graduated from the University of Bath, UK with a degree in mechanical engineering in 1998. Richard moved to Canada in 2000 and started in the oil and gas industry on the service side before moving to a large Canadian operator as a drilling engineer. He worked in the Foothills group then added NEBC in a superintendent role as well as spending time in the Medicine Hat area as a wellsite supervisor for shallow gas drilling.  After a merger transition Richard moved to another large operator on the Exploration team and worked on deep HPHT wells in the Liard Basin in NEBC and exploration wells in New Zealand.  Since 2011 Richard has been a consultant drilling and construction project manager working for various customers drilling many different zones in Western Canada where he gained experience in numerous and varied aspects of drilling and completion systems.  Richard currently works for Vanoco Consulting as an operations engineer continuing to handle surface land and regulatory work, licensing, construction and drilling as well as abandonments and reclamations.

Jeanelle studied Accounting through SAIT and Athabasca University prior to joining Vanoco in 2011 as the Office Manager.

Jeanelle studied Accounting through SAIT and Athabasca University prior to joining Vanoco in 2011 as the Office Manager.  She oversees corporate Regulatory Compliance, all levels of Accounting, Safety, Human Resources and General Administration. In the past 7 years, Jeanelle has progressively taken on roles of increasing responsibility in the administrative operations for Vanoco.  Additionally, she is the founder and President of Kaje Consulting – an independent Accounting and Bookkeeping consulting company.